Join us for the opening of Common Frequencies at BioBAT Art Space on May 1, from 5 to 7 pm. 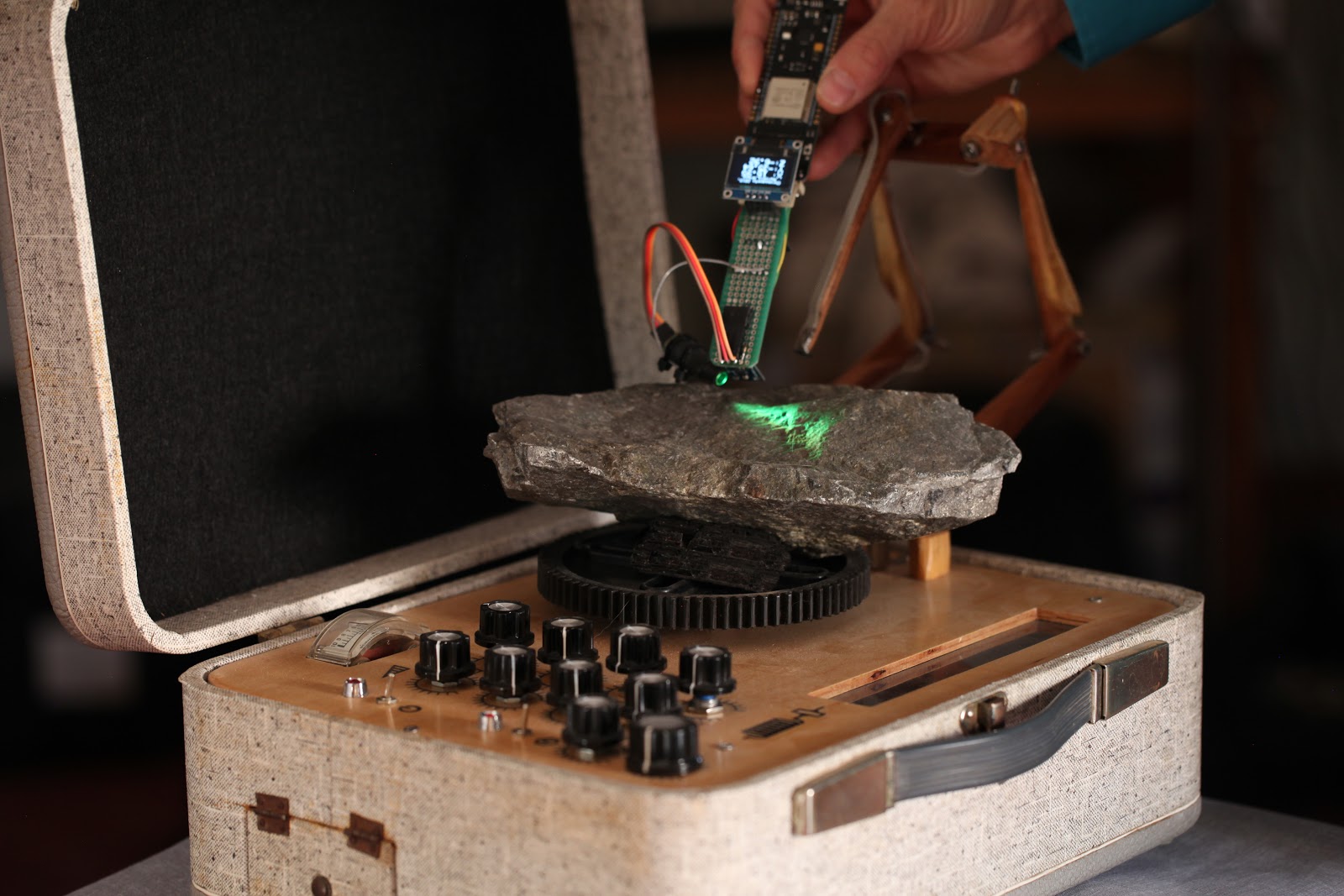 BioBAT Art Space is pleased to present Common Frequencies / Frecuencias Comunes an exhibition of multidisciplinary Mexican artists whose work focus on active listening and invention to envision new collaborative systems. Artists in the exhibition include Marcela Armas, Tania Candiani, Gilberto Esparza, Interspecifics and Lorena Mal. Their work explores the intersection of art, science, and collaboration through sound, ecology, language, and the construction of symbolic imageries.

The works in Common Frequencies /Frecuencias Comunes include sound, video, performance and installation. They draw inspiration from nature, resonance, mechanics, electricity, and magnetism. These phenomena are the basis for the artists’ poetic inventions that allow us to tune into multiple natural frequencies—ones that emerge from minerals, animals, bacteria, plants, and humans. The artists translate these phenomena into visual and sonic landscapes.

This exhibition is uniquely situated on the Brooklyn waterfront and inside the BioBAT Biotech Incubator space at Brooklyn Army Terminal. Exhibition programming responds directly to the gallery’s location on the waterfront to explore inter-species connectivity. Similarly, this exhibition aims to be a space for connection, dialogue, and possibilities. In this spirit, this six-month bi-lingual exhibition will include a series of musical performances, art-sci workshops and guided visits that are free and open to the general public.

The works in Common Frequencies / Frecuencias Comunes are inspired by processes of collaboration between humans and our environments. Works and performative interventions include:

Synchrony is an installation and piano score based on the heartbeat of different animal species and  includes research in collaboration with Clint Penick, Lauren Nichols and Rob Dunn (Applied Ecology, North Carolina State University), that will be performed on June 5th with the collaboration of 4 New York based piano players, Madeline Smith, Ian Miller, Daniel Rudin, and Lauren Aloia, at BioBAT Art Space, including compositions in collaboration with Emilio Hinojosa Carrión and transcriptions by Vladimir Aranda.

BioSoNot is an instrument that cleans and translates data from polluted water into sound. It will be accompanied by a short documentary film produced and directed by Ryan Spears, with the participation of Elizabeth Hénaff, Genspace and The Billion Oyster Project, among others.

Tsinamekuta is a sound exploration of the magnetic properties of a mineral. It was created in conversation and collaboration with the Wixarika community from the Potosino Highlands in México.

This audio visual piece and performance explores the poetic relations that emerge from mimicking the sounds that are alien to humans. It was created with a choir in Gransk, Poland. Candiani is currently working on a new piece made in collaboration with the Grace Chorale Brooklyn directed by Jason Asbury, and composed by Rogelio Sosa, to be presented in September 2021.

Almost Non-Human is a collaborative piece between the collective and 6 students (Tendo Kahari, Pau Anta, Amia Madonald, Leslie Calle, Patricia Rea, Elizabeth Meiling Sid) stemming from a workshop in which participants developed a first-person narration using techniques from science fiction and futurism coined by Cyberpunk, about fictitious organisms that are living their last day before the extinction of their species.

In the midst of a time that seems to be more and more divided, these artists prove that union and connectivity are more present than ever to show that we are not an independent species, but rather dependent and inter-connected with every single being on the planet.

This exhibition is curated by Elisa Gutiérrez Eriksen, a Brooklyn-based curator and arts administrator who has worked as a culture specialist for the UNESCO Field Office in Mexico and curated exhibitions with The Ministry of Culture in Mexico among other positions. She is currently the Programs Manager & Curator at The NARS Foundation, Brooklyn, NY.

BioBAT Art Space, is a 15,000 sqft gallery located on the Brooklyn waterfront of the historic Brooklyn Army Terminal, located at 140 58th Street, Brooklyn Army Terminal Building A. The space is directed by artists’ Jeannine Bardo and Elena Soterakis, who launched BioBAT Art Space in the donated lobby of BioBAT, a (501c3) biotech incubator created by SUNY downstate and the EDC, in January 2019. With both their art and curatorial practices Bardo and Soterakis explore the themes connected to the environment and ecology, and hold a firm belief that the intersection of art and science hold the keys to solving the problems of tomorrow.

Marcela Armas is currently researching the magnetic properties of minerals and their possibilities for storing information through sound as a means of interpretation and induction. Her work articulates disciplines, techniques, work processes and research to inquire into the relationships of society with matter, energy, space-time and the construction of memory. Armas earned a BFA from the University of Guanajuato and studies in the Polytechnic University in Valencia, Spain. She was awarded by ARCO/BEEP Electronic Art in the Arco Madrid Fair 2012. Prize for Iberoamerican Production VIDA 16.0 of Telefonica Foundation of Spain. Member of the National System of Art Creators in Mexico. Program of Support for Research in New Media of the Multimedia Center of the National Center for the Arts in Mexico. She has participated in Mercosur Biennial in Porto Alegre, Brazil, 2009 and Habana 11th Biennial “Social practices and imaginaries”, 2012. Directed with Gilberto Esparza, experimental electronics workshops Fundación Telefónica VIDA 10 in Peru, Argentina, Chile and Mexico. Recently she directed Implant, a public space art project based in Denver and Mexico City, developed for the Biennial of the Americas. Armas is part of the Triodo collective with Gilberto Esparza and Iván Puig. Arcángelo Constantini directs the sound art cycle Meditatio Sonus. Currently she is a member of the National Art System in Mexico. Her work has been exhibited in Mexico, North and South America, Europe, India and Moscu.

Tania Candiani´s work has been developed in various media and practices that maintain interest in the complex intersection between phonetic, graphic, linguistic, symbolic, and technological languages. He has worked with different association narratives from rearranging, remixing, and playing with correspondences between technology, knowledge, and thought, using the idea of ​​organization and reorganization as discourse, and critical thinking and empirical research as material for production. The translation between diverse systems of representation is key in the materialization of her body of work. She has created interdisciplinary working groups in various fields, consolidating intersections between art, design, literature, music, architecture, and science, with an emphasis on early technologies and their history in the production of knowledge. Her projects are related to crafts, labor, tradition, sound, synesthesia, rhythm, and translation. She has a special interest in projects developed for a specific site because of the precise historical-social links that they trigger. Candiani uses historical records and archives as materials, just as if it were a fabric, which leads her to intuitive forms of materialization. She has been a fellow of the National System of Art Creators of Mexico since 2012; in 2011 she received the Guggenheim Grant for the Arts and in 2018 the Research Grant for Artists awarded by the Smithsonian Institution. Represented Mexico at the 56th Venice Biennale. Her work has been exhibited in museums, institutions, and independent spaces around the world and is part of important public and private collections. Among her books are Five variations of phonic circumstances and a pause (2014); Inhabits Intervened (2015); Possessing Nature. Pavilion of Mexico. Venice Biennale (2015) and Chromatic (2019). * Member of the National System of Art Creators for the National Fund for Culture and the Arts.

Gilberto Esparza is an artist and researcher. His work is developed in the intersection of art, science and technology. Esparza investigates the technology to imagine and revalue the intelligence of the living and rethink the relationship of human societies with nature. He develops hybrid entities merging living beings and technology. He has collaborated with research centers such as: the Chemical and Process Engineering Group of the University of Cartagena, Spain, Mechatronics Area of CINVESTAV of the National Polytechnic Institute, Engineering Institute, Juriquilla, UNAM, Digital Arts, University of Guanajuato. He has had solo and group exhibitions, workshops and conferences in Mexico, the United States, Canada, Brazil, Colombia, Peru, Ecuador, Argentina, Spain, Holland, Belgium, Germany, Greece, Slovenia, Dhoa. He received the Golden Nika, Hybrid Art at the Prix Ars Electronica 2015, second prize Life 13 of Fundación Telefónica de España, honorable mention at Ars Electrónica, Linz Austria and the award for the Ibero-American Production VIDA 09. He is currently a member of the National System of Creators of Art in Mexico.

Interspecifics (Paloma López, Felipe Rebolledo, Emmanuel Anguiano y Leslie García) is an Independent artistic research bureau founded in Mexico City in 2013. We have focused our research on the use of sound and AI, to explore patterns emerging from biosignals and the morphology of different living organisms as a potential form of non-human communication. With this aim, they have developed a collection of experimental research and education tools called Ontological Machines. Their work has been deeply shaped by the Latin American context where precarity enables creative action and ancient technologies meet cutting-edge forms of production. Their current lines of research are shifting towards exploring the hard problem of consciousness and the close relationship between mind and matter, where magic appears to be fundamental. Sound remains their interface to the universe.

Lorena Mal (Mexico city, 1986) studied Fine Arts at the National School of Painting “La Esmeralda” in Mexico City and attended Skowhegan School of Painting & Sculpture in 2016. Mal has been recipient of the Young Creators Program of the National Fund for Culture and the Arts (FONCA) 2011, 2016 and 2019, in 2013 she received the 1st prize of the International Festival of Video and Electronic Arts Transitio, and 2012 fellow of the Program for Production in Art and Media. She is alumni of residencies as Casa Wabi, Oaxaca; BB15, Linz; Arthub, Abu Dhabi; and Cité internationale des arts, Paris. Recent solo exhibitions and performances include Largo Aliento, ESPAC, Mexico city; Notes on material history, Museo ExTeresa, Mexico city; Concrete: Turning something invisible into matter, Meinblau, Berlin; ‘Breaking Point’, BB15, Linz; 500 years of Resonance (1500-2015), concert for 60 musicians at 12 colonial bell towers, Historic Center, Mexico city. She has exhibited in venues as Palazzo Grassi, Venice; Armory Center for the Arts, California; Laboratorio Arte Alameda, Mexico city; Whyte Hotel Space, New York; The Wand Gallery, Berlin; Lakeeren Gallery, Mumbai; FILE, Sao Paulo; INARSS, London; the Jumex Foundation/Collection; the Institute of Graphic Arts of Oaxaca, and the National Stamp Museum of Mexico, among many others. 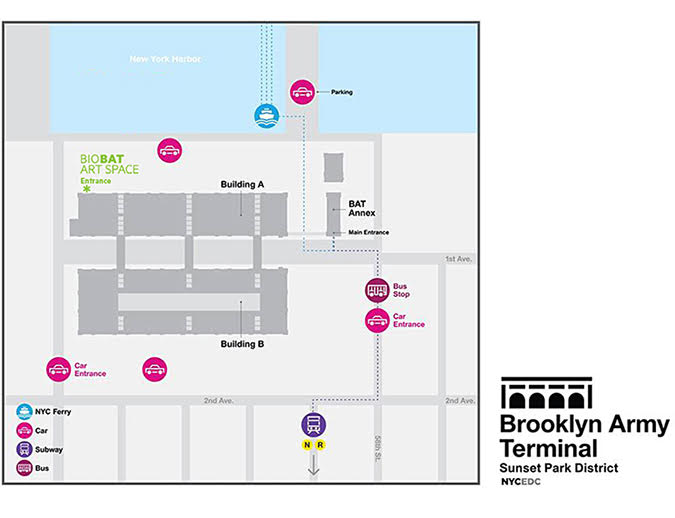 * Please note main gallery entrance is located on the waterfront

Gallery Hours: Through appointments on Saturdays from 12 to 4 pm.

CAR: Enter at 58th Street and 1st Avenue and proceed through security. Make a right at the stop sign by the pre-k building and another right at the waterfront. Our entrance is the first door on your right. 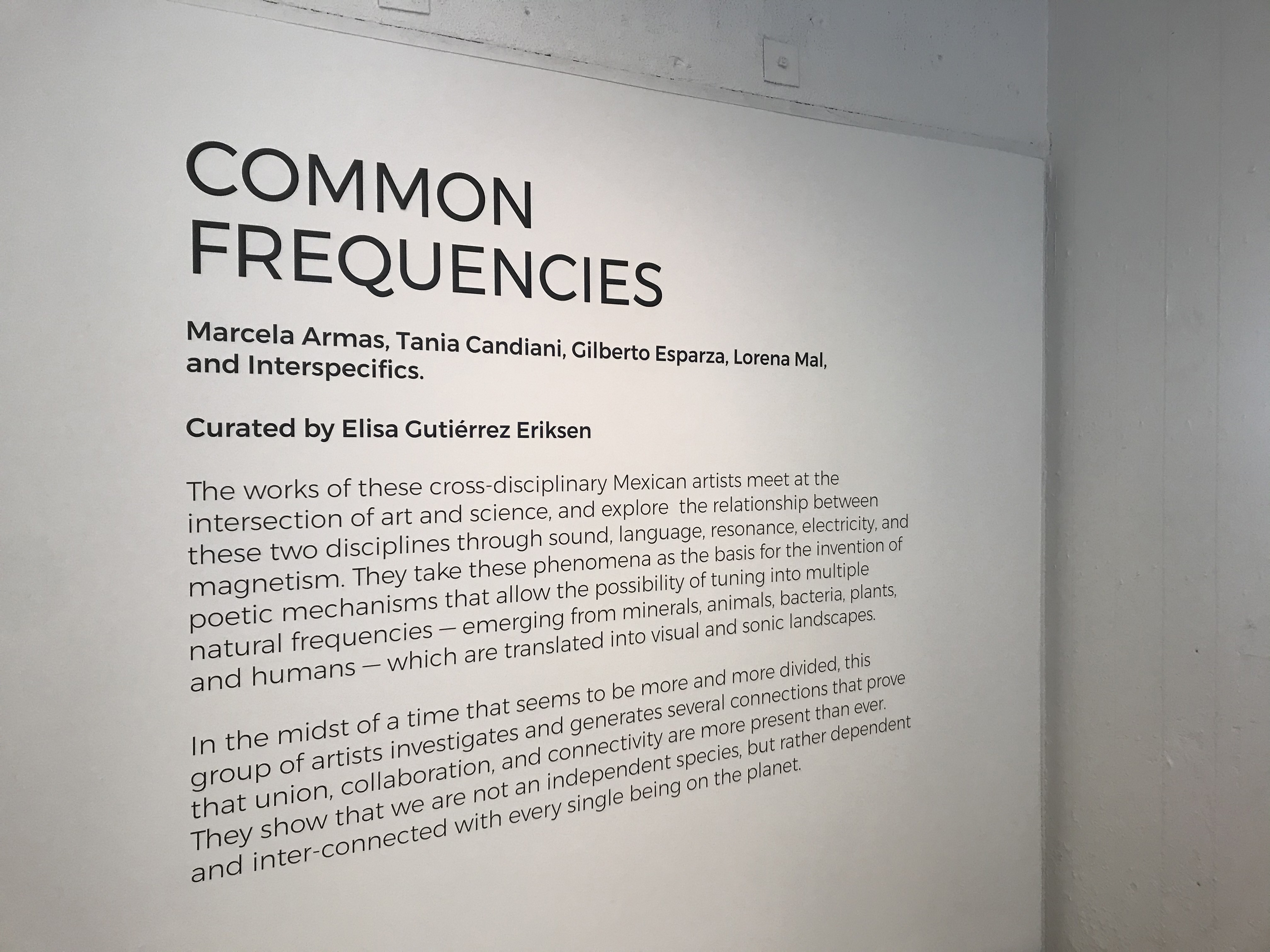 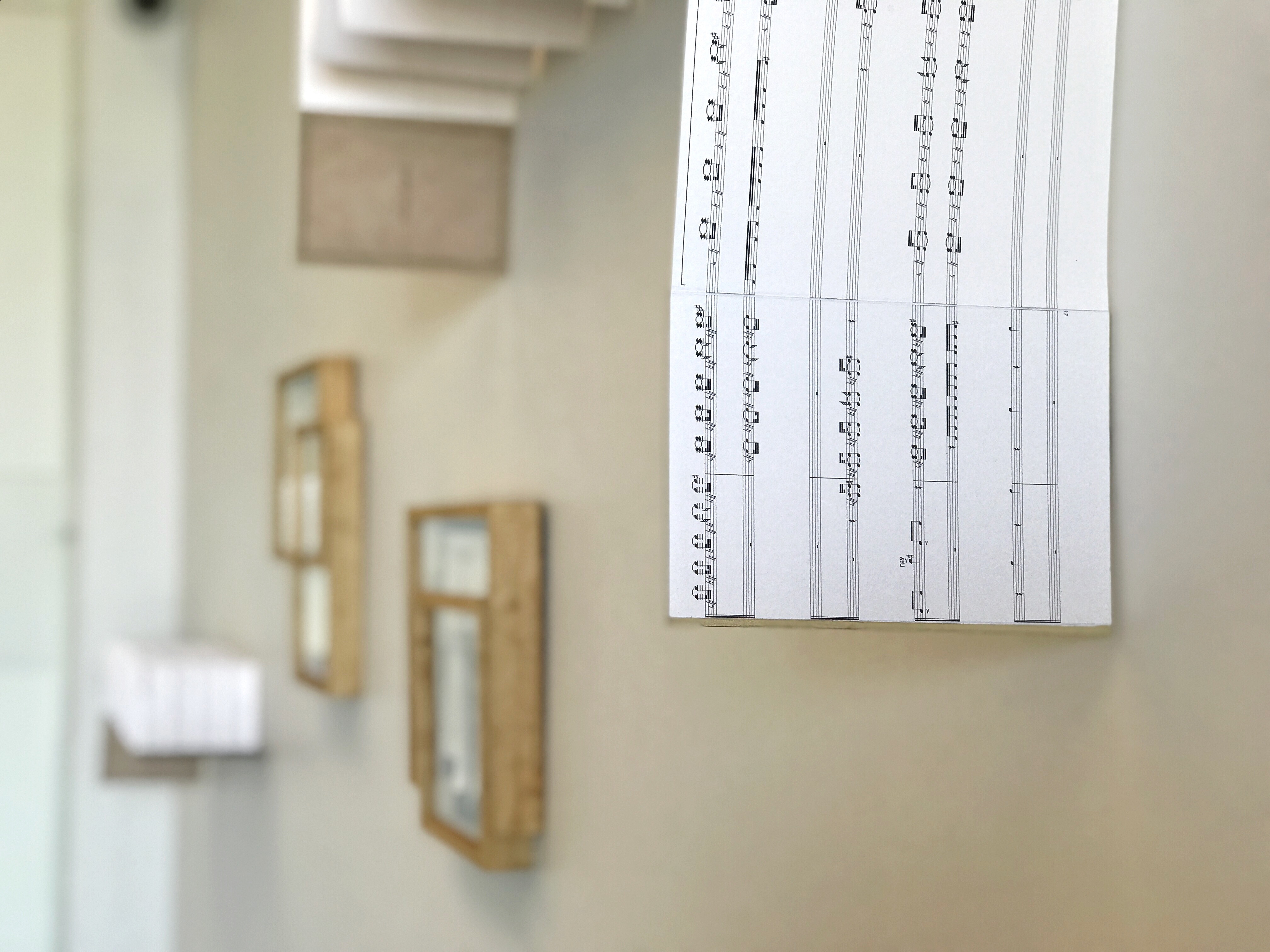 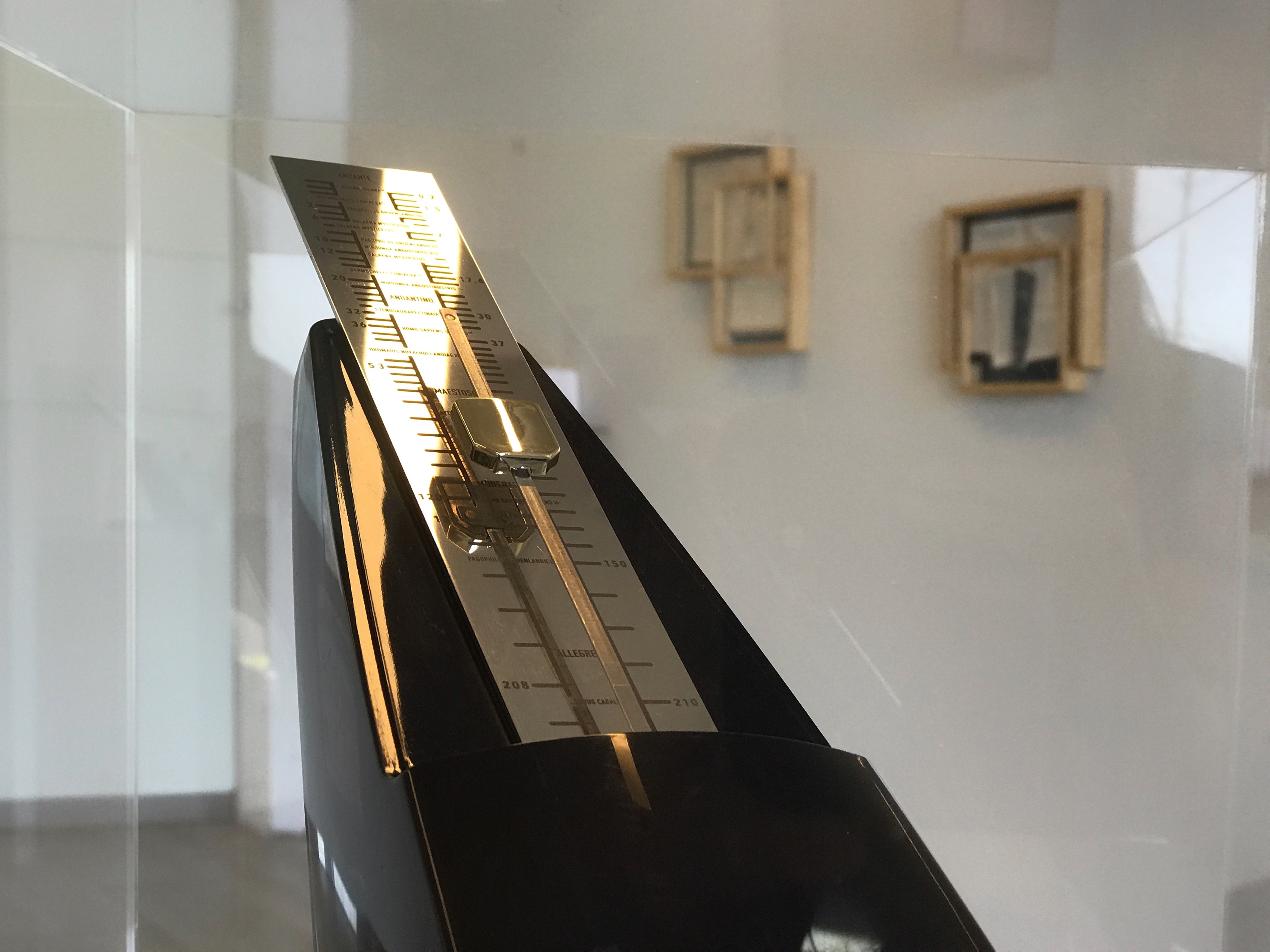 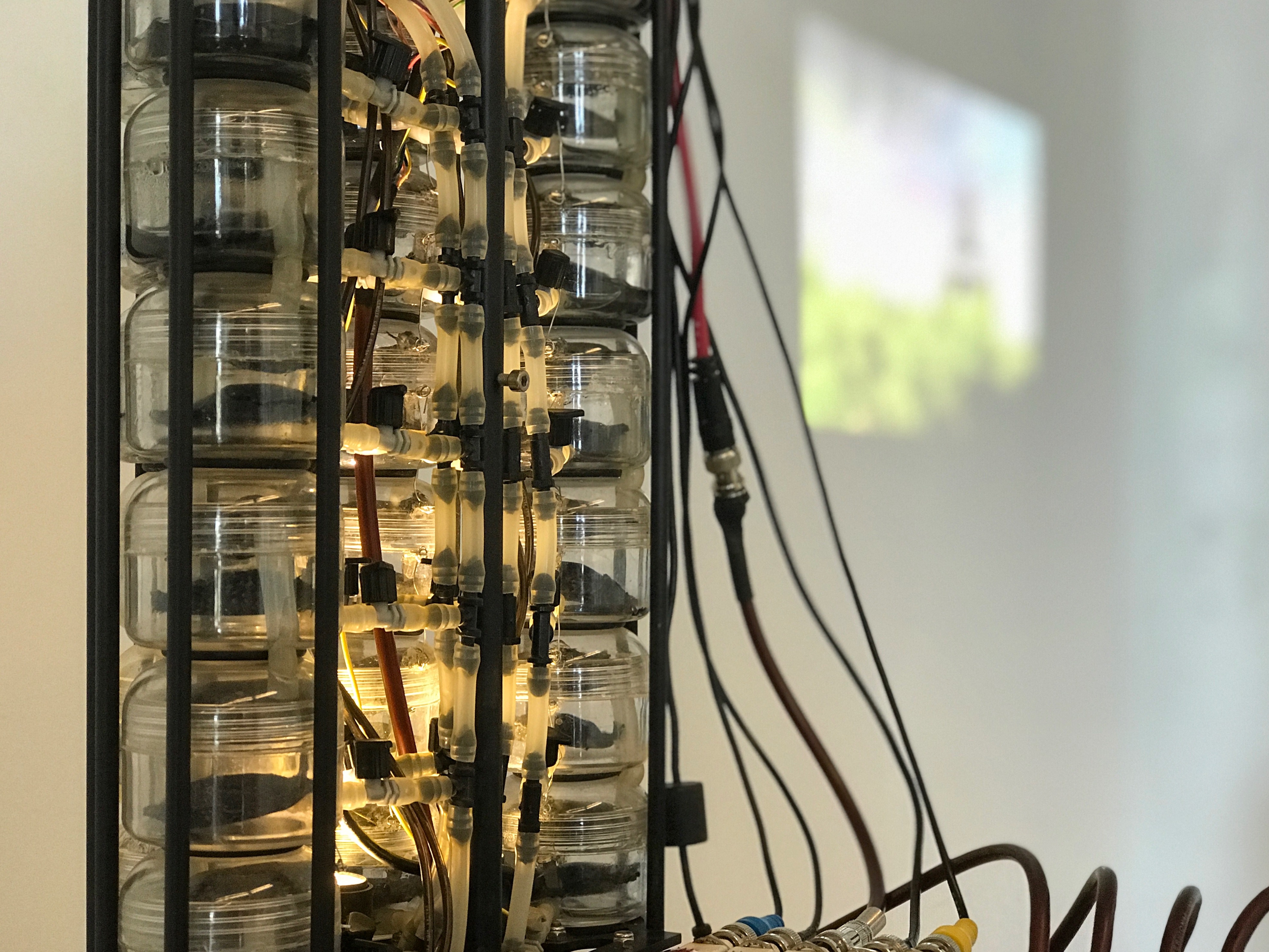 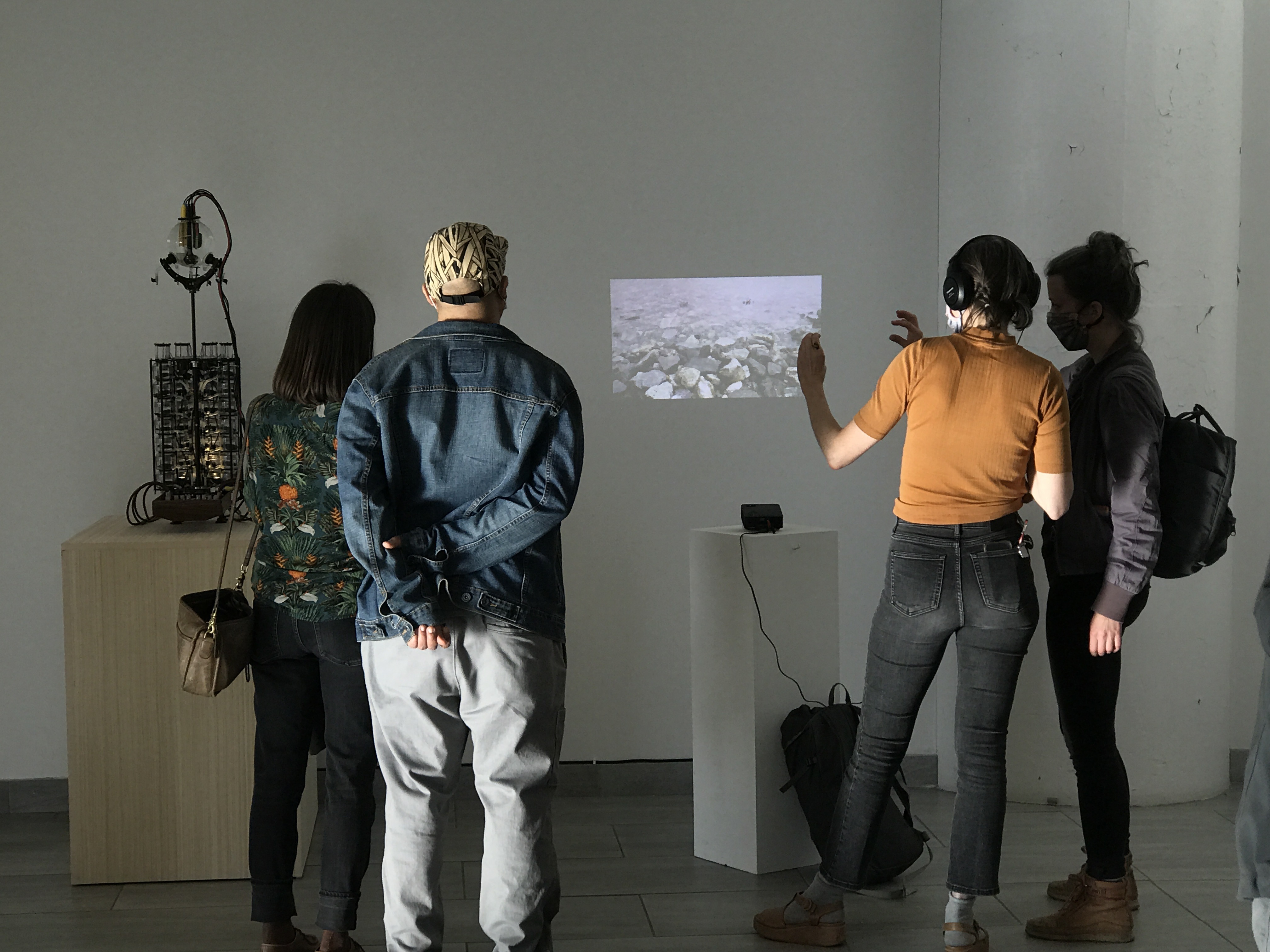 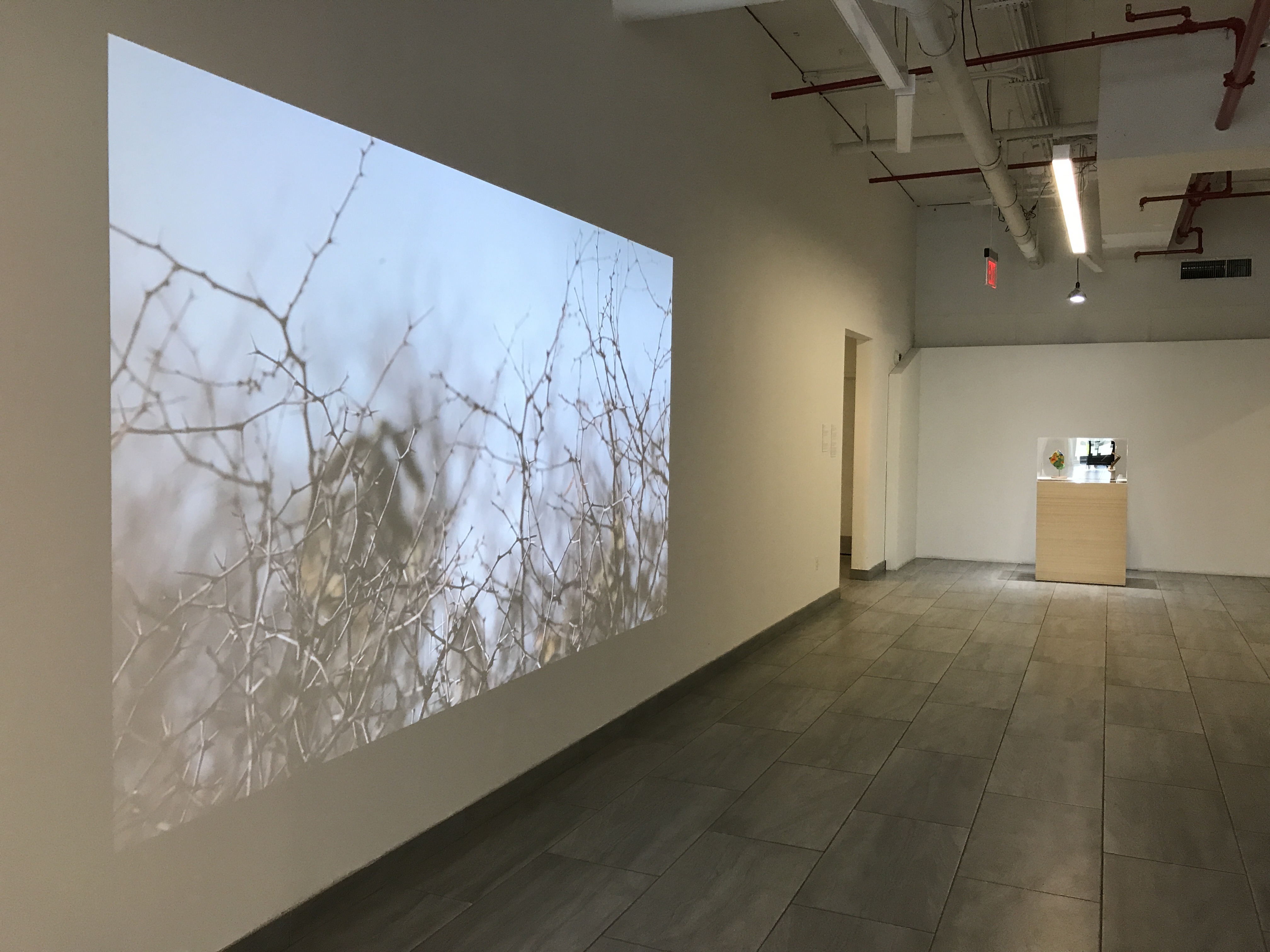 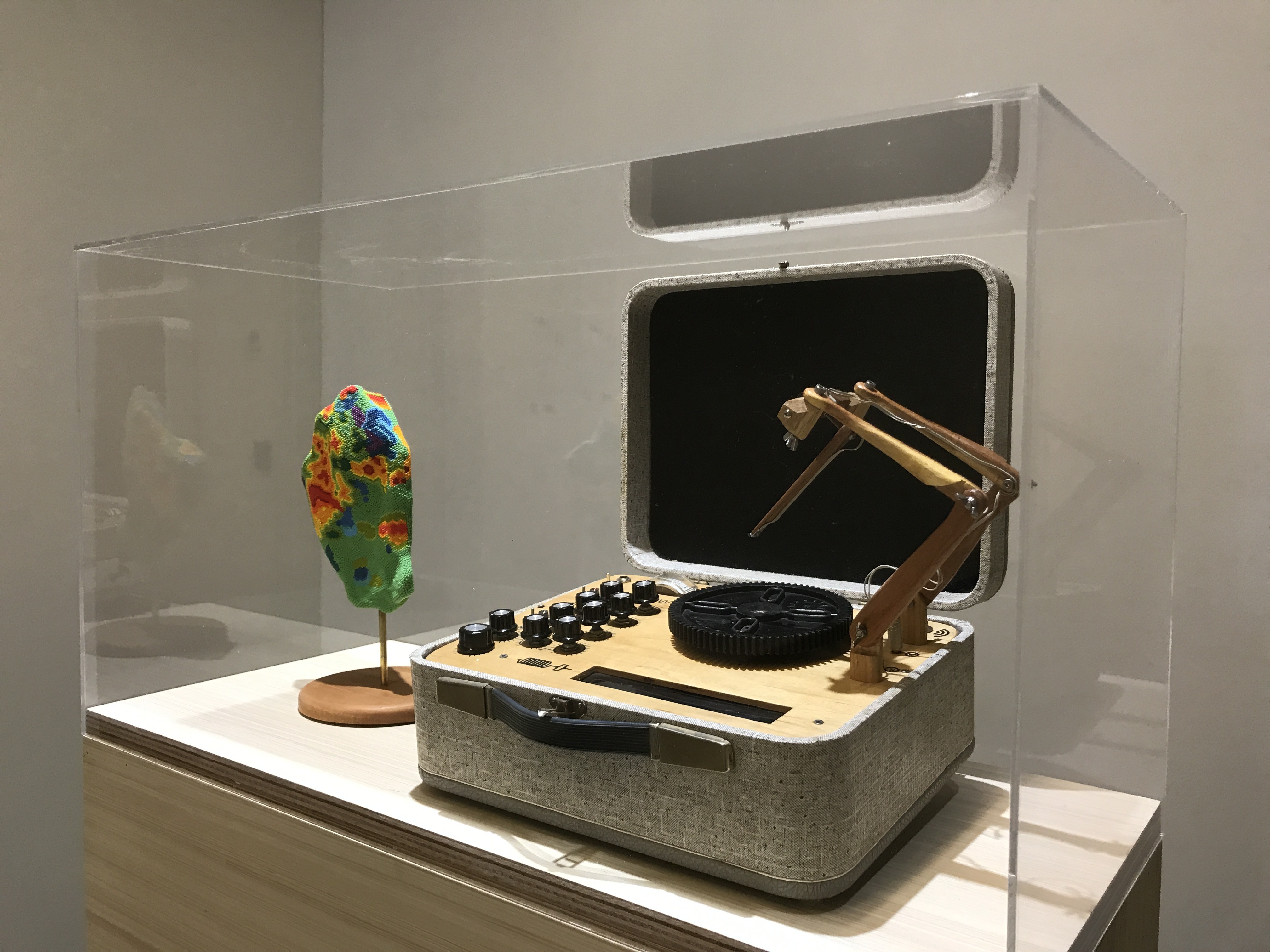 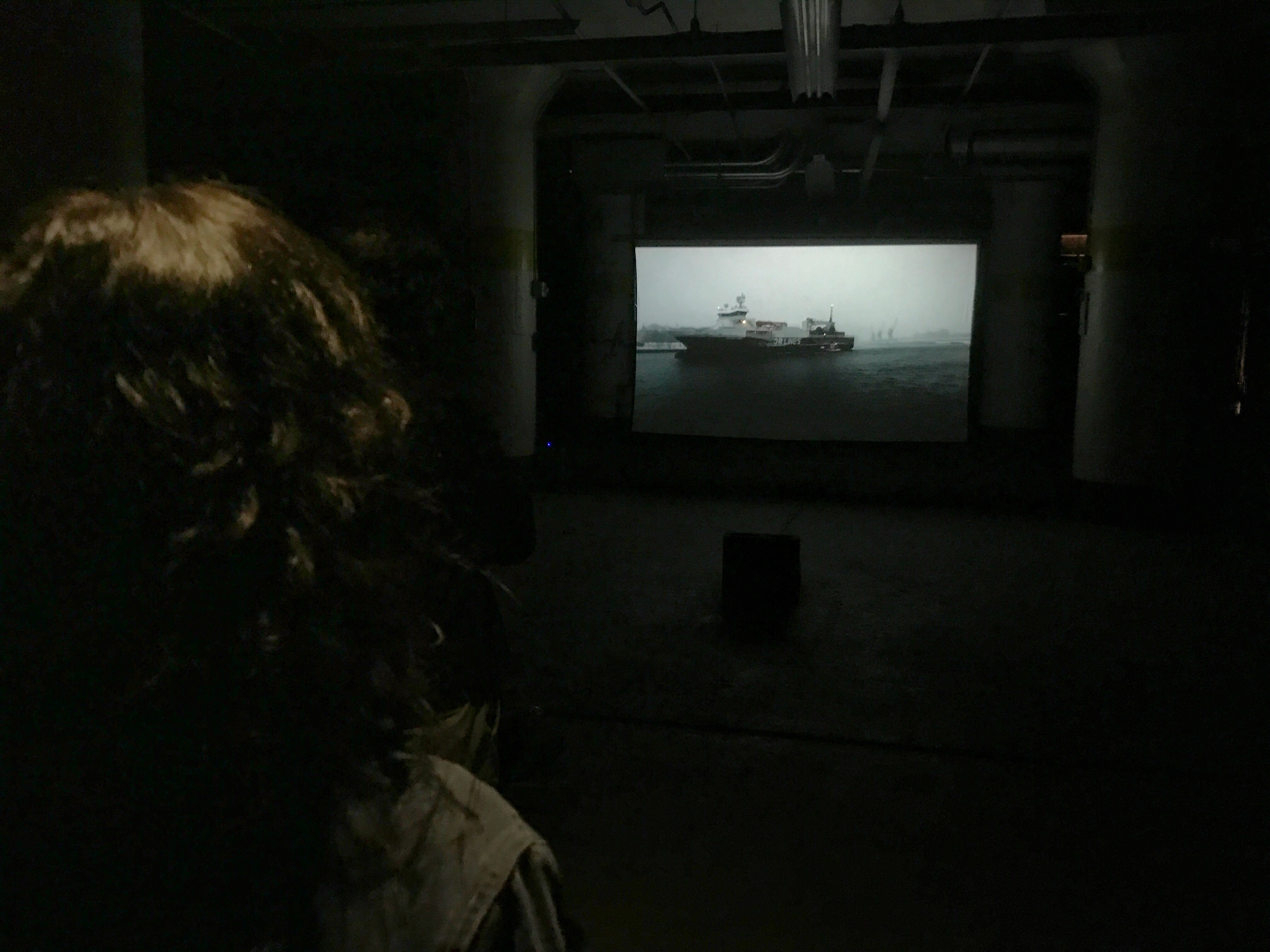 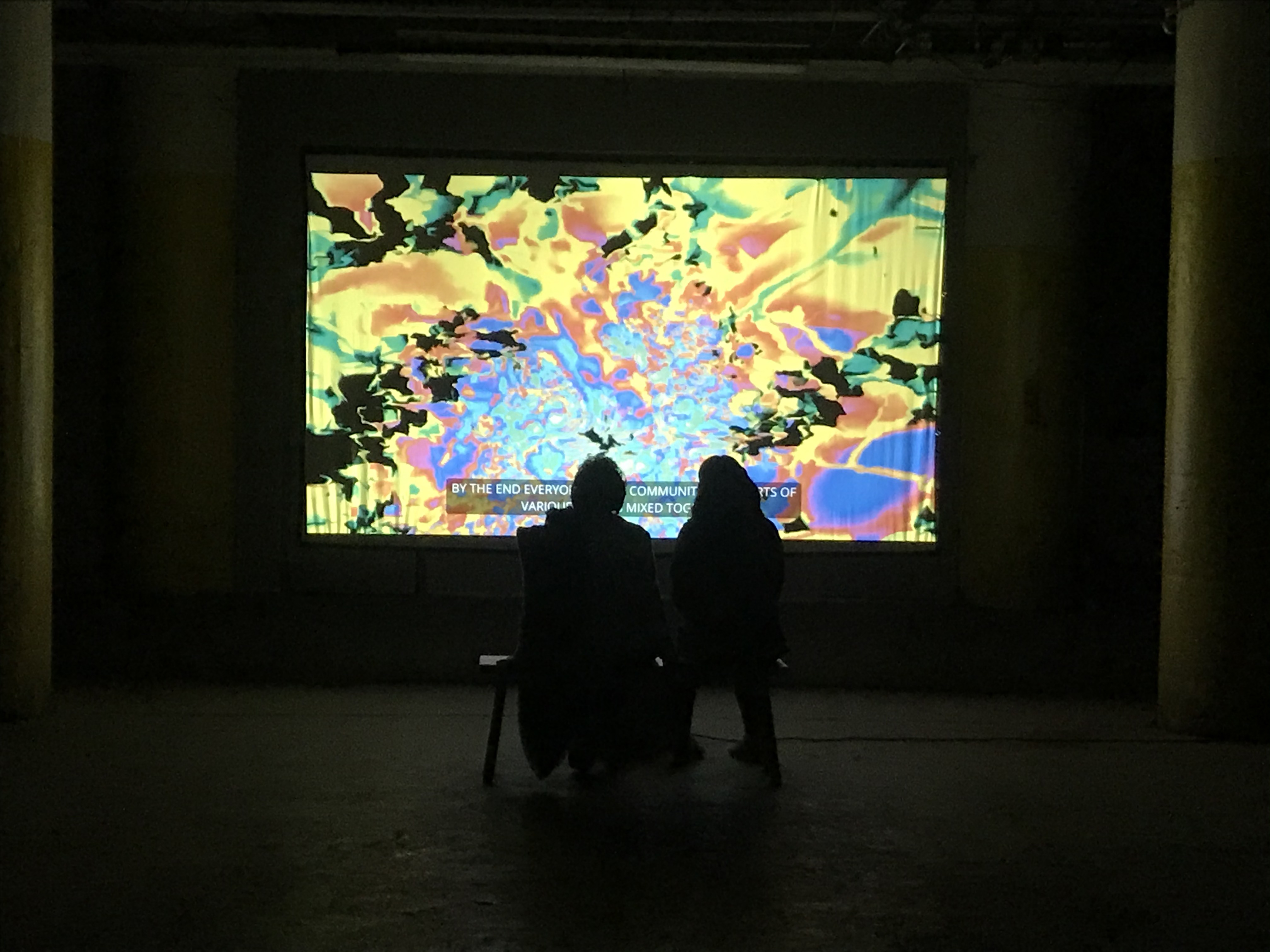 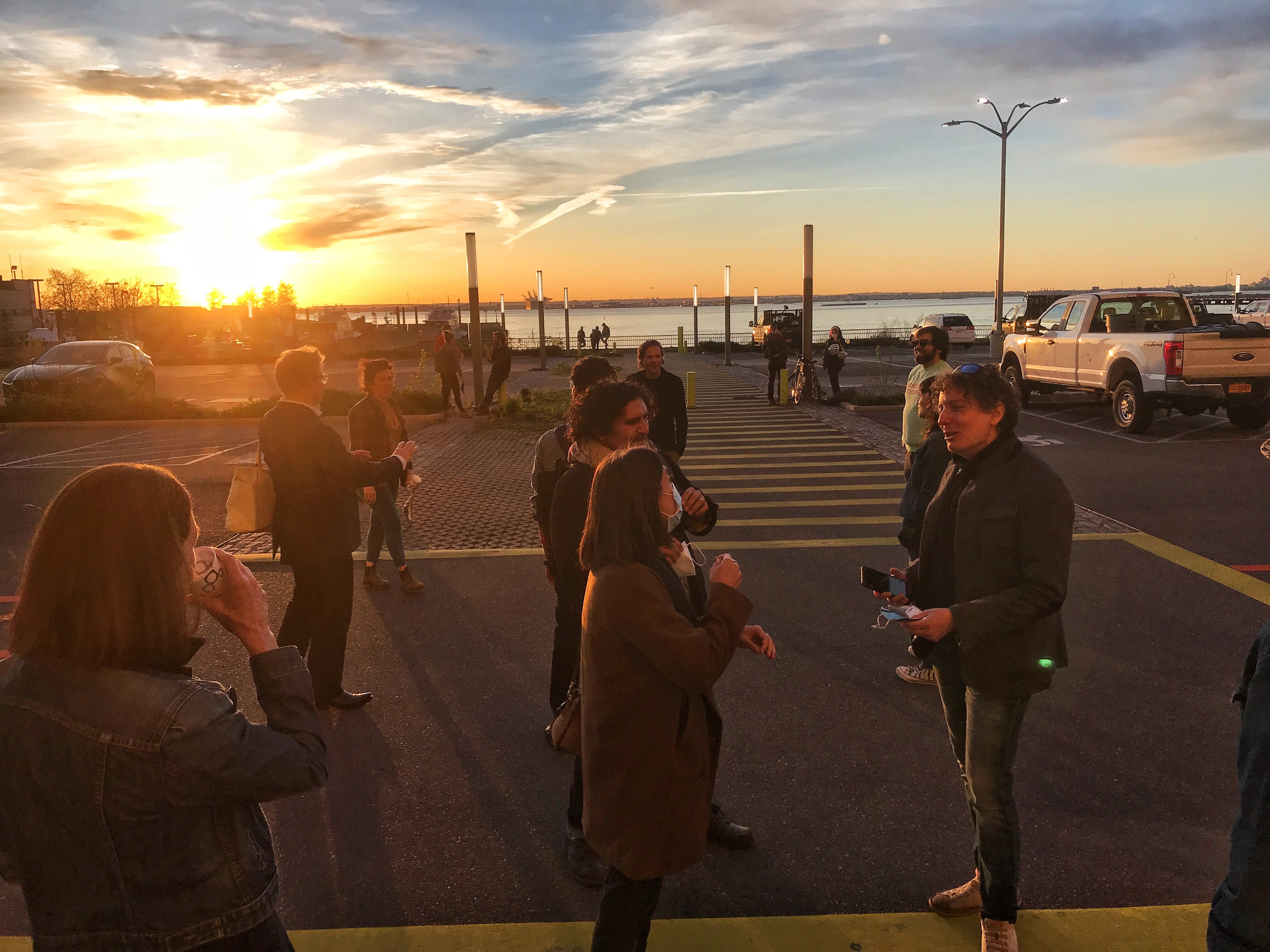