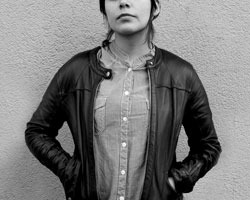 The work of Tania Candiani* (Mexico City, 1974) has been developed in various media and practices that maintain an interest in the complex intersection between languages systems -phonic, graphics, linguistic, symbolic and technological. She has worked with different associative narratives, taking as a starting point a proposal to invent from re-ordering, remixing, and playing with correspondences between technologies, knowledge and thought, using the idea of organization and reorganization of discourse, as a structure of creative and critical thinking and as material for actual production.

The translation between diverse systems of representation is key in the materialization of her work. She has created interdisciplinary working groups in various fields of knowledge, consolidating intersections between art, design, literature, music, architecture and science, with an emphasis on early technologies and their history in the production of knowledge.

She has a special interest in projects developed for a specific site due to the precise socio historical bonds that these triggers. Candiani uses historical records and archives as materials, just as if it were a fabric, which leads to intuitive forms of materialization.

She is fellow of the National System of Art Creators, from Mexico since 2012, in 2011 received the Guggenheim Fellowship for the Arts, and in 2018 the Artist Research Fellowship awarded by the Smithsonian Institution. Represented Mexico in the 56th Venice Biennial. Her work has been exhibited in museums, institutions and independent spaces around the world and is part of important public and private collections. 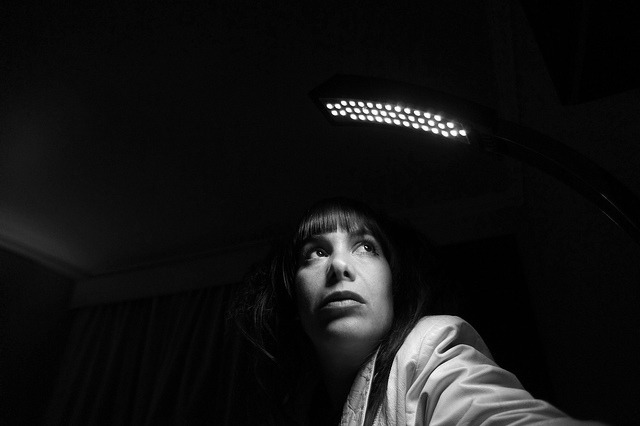 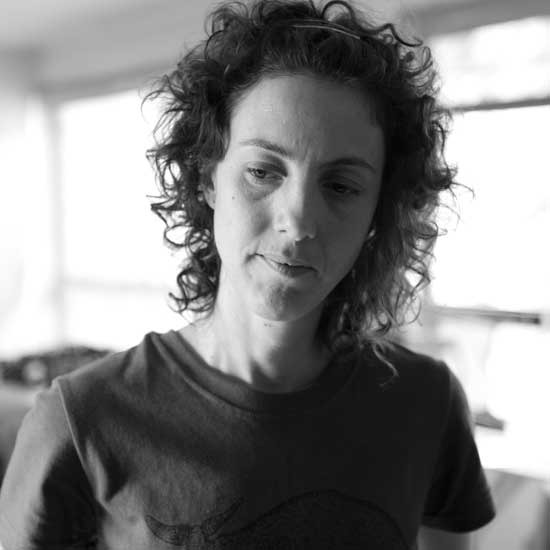 Durango, Mexico, 1976. Lives and works in San Miguel de Allende and Mexico City.
Currently she is researching the magnetic properties of minerals and their possibilities for storing information through sound as a means of interpretation and induction. Her work articulates disciplines, techniques, work processes and research to inquire into the relationships of society with matter, energy, space-time and the construction of memory.
BFA by the University of Guanajuato and studies in the Polytechnic University in Valencia, Spain. She was awarded by ARCO/BEEP Electronic Art in the Arco Madrid Fair 2012. Prize for Iberoamerican Production VIDA 16.0 of Telefonica Foundation of Spain. Member of the National System of Art Creators in Mexico. Program of Support for Research in New Media of the Multimedia Center of the National Center for the Arts in Mexico.

She has participated in Mercosur Biennial in Porto Alegre, Brazil, 2009 and Habana 11th Biennial “Social practices and imaginaries”, 2012. Directed with Gilberto Esparza, experimental electronics workshops Fundación Telefónica VIDA 10 in Peru, Argentina, Chile and Mexico. Recently she directed Implant, a public space art project based in Denver and Mexico City, developed for the Biennial of the Americas. Armas is part of Triodo collective with Gilberto Esparza and Iván Puig. With Arcángelo Constantini directs the sound art cycle Meditatio Sonus. Currently she is member of the National Art System in Mexico.

Her work has been exhibited in Mexico, North and South America, Europe, India and Moscu. 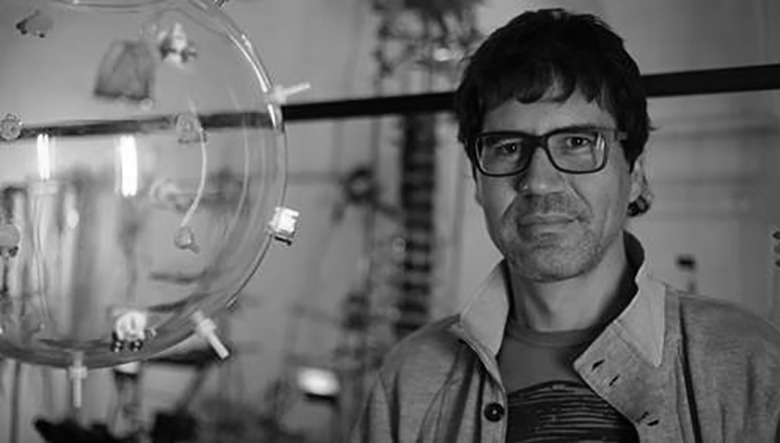 Aguascalientes, Mexico, 1975. He lives in San Miguel de Allende and Mexico City. Artist and researcher. His work is developed in the intersection of art, science and technology. Investigate the technology to imagine and revalue the intelligence of the living and rethink the relationship of human societies with nature. He develops hybrid entities merging living beings and technology. He has collaborated with research centers such as: the Chemical and Process Engineering Group of the University of Cartagena, Spain, Mechatronics Area of CINVESTAV of the National Polytechnic Institute, Engineering Institute, Juriquilla, UNAM, Digital Arts, University of Guanajuato. He has had solo and group exhibitions, workshops and conferences in Mexico, the United States, Canada, Brazil, Colombia, Peru, Ecuador, Argentina, Spain, Holland, Belgium, Germany, Greece, Slovenia, Dhoa.

He received the Golden Nika, Hybrid Art at the Prix Ars Electronica 2015, second prize Life 13 of Fundación Telefónica de España, honorable mention at Ars Electrónica, Linz Austria and the award for the Ibero-American Production VIDA 09. He is currently a member of the National System of Creators of Art in Mexico.

Independent artistic research bureau founded in Mexico City in 2013. We have focused our research on the use of sound and AI, to explore patterns emerging from biosignals and the morphology of different living organisms as a potential form of non-human communication. With this aim, we have developed a collection of experimental research and education tools we call Ontological Machines. Our work has been deeply shaped by the Latin American context where precarity enables creative action and ancient technologies meet cutting-edge forms of production. Our current lines of research are shifting towards exploring the hard problem of consciousness and the close relationship between mind and matter, where magic appears to be fundamental. Sound remains our interface to the universe. 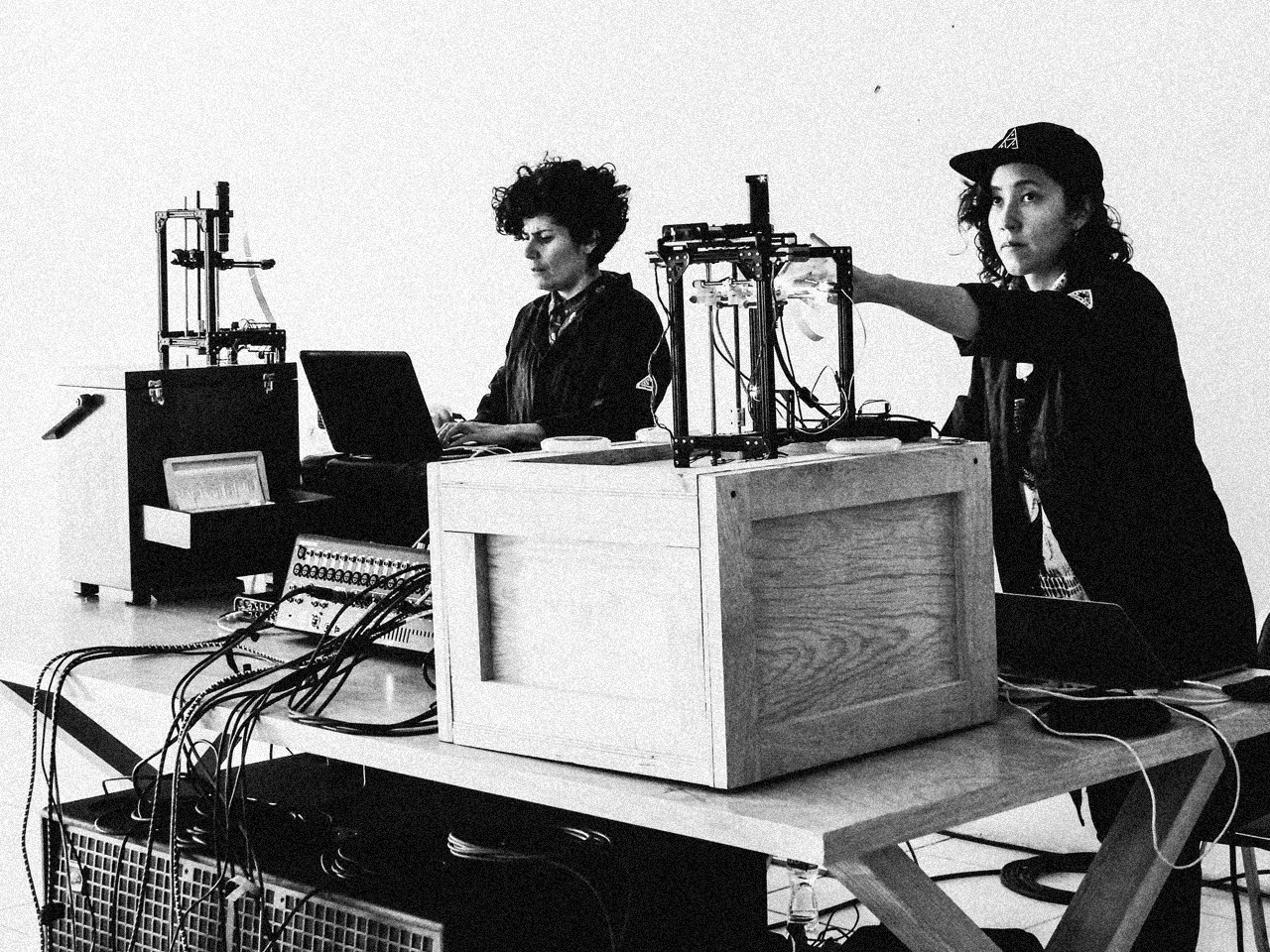